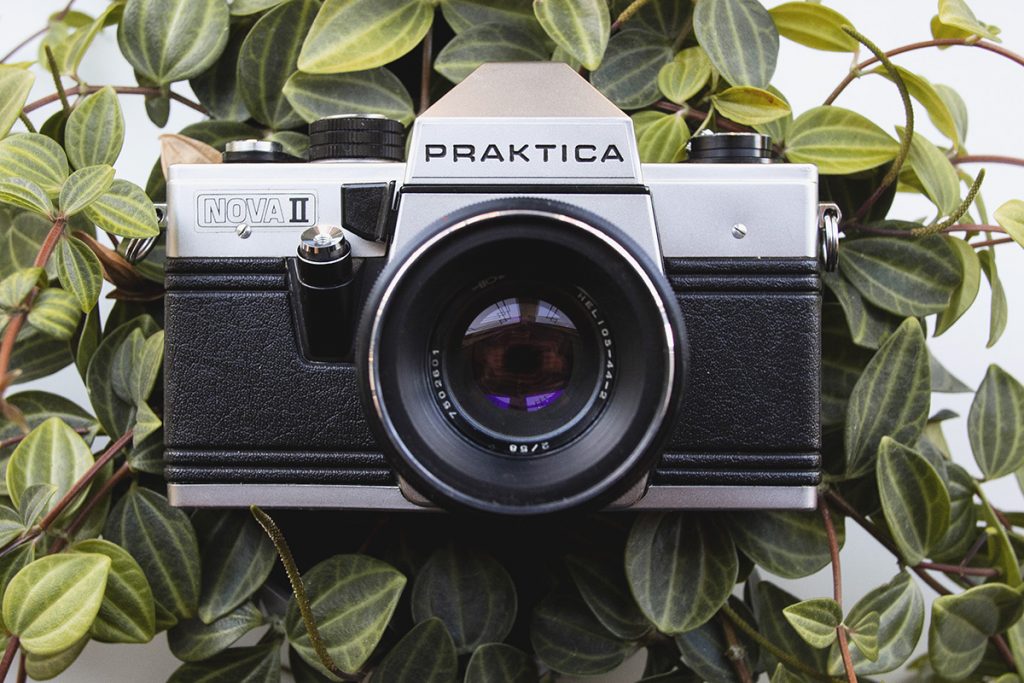 The Helios 44-2 lens needs little introduction, but let me do so very briefly anyway. This vintage soviet lens was standard issue on many Zenit cameras over the years. It uses the M42 screw mount, has a weird 58mm focal length, and a maximum aperture of f/2. Users of the Helios have always raved about the characterful and swirling bokeh the lens is capable of producing under the right circumstances, but besides this, the lens is also sharp, contrasty, and gives colour saturated images when used with colour film. In modern times the 44-2 has also become popular with the digital crew, thanks to readily available M42 to Micro 4/3 converters (amongst others). All told then, it’s quite a desirable lens for those on a meagre budget, although prices have recently skyrocketed.

My very own Helios 44-2 came to me years ago, attached to a very shabby Zenit E that I had no particular love for. I don’t think I shot more than one roll through the Zenit before retiring it. I wasn’t impressed with the Zenit, and the Helios unfairly shared the blame, sitting sad and unloved in the loft for about the next ten years. It wasn’t until a recent discussion with Peggy from Camera Go Camera that I got to thinking about the Helios again, and decided to dig it out for another go.

With memories of a disappointing Zenit experience in mind, I decided to stick the Helios on to another loft camera that I’d never actually used, the Praktica Nova II. I have little to say about the Praktica, as it doesn’t stand out to me in any way. Like all the Prakticas I’ve seen, it’s basic, solid and a bit ugly, but does the job it was designed to do. The light meter on my example is non-functional, but everything else works and I prefer to gauge exposures manually anyway. Thinking about it, it doesn’t really matter what camera you put the Helios 44-2 on. Whatever you use it’s all about the lens anyway, so with a roll of Kentmere 100 loaded it was time to see what the Helios can do.

By the way, if you haven’t tried out Kentmere film yet, it’s good stuff. You can GET A ROLL FOR FREE with your first order from Analogue Wonderland – who are also great! Just click the link above or on the image in the left panel of this page.

Pow! Not five minutes in to testing and already two great examples of what the Helios can do. The gorgeous bokeh behind Lucy (also gorgeous), and the swirling trees in the background of the second picture are exactly what I was hoping for. There’s a lot of contrast in these images which borders on too much perhaps, but after my last outing with the Ensign Ful-Vue I’m really OK with a bit of contrast! Pushing the Kentmere 100 to ISO 200 probably helped, as did the yellow filter I used for all these shots.

Also at my disposal for testing with this roll was a set of macro extension tubes which I managed to bag on eBay for 99p. There’s a stack of five different size tubes in the set, but for all but super macro work you’d only really use the two smallest ones. I had great fun experimenting with these on this roll, and also using the Helios on my digital camera. Don’t worry though, these pictures are film only.

My favourite from the few macro shots that I took was this picture of the delicate meadow buttercups amongst the grass. I think the transition from yellow/green to mono has worked out well on this one. I actually like this one so much that I’ve had it printed at A4 and have listed prints for sale in the shop, along with the earlier picture of the swirling light through the trees.

A few days later my buddy Ciaran and I were out and about on a couple of our smaller motorbikes. We’d had a brilliant ride all over the Kirklees area when we came upon a great place to stop. The light was good and the view was amazing, so out came the camera. I’d only really intended to take a couple of shots of the landscape and maybe one of the bikes, but it accidentally turned in to a mini-photoshoot complete with cheesy poses – oooops!

You guys might not love anything with an engine as much as I do, but I hope you can agree that these shots came out pretty well. I’m really pleased with the results. While shooting I found the 58mm focal length of the 44-2 a little bit tight for a couple of the shots, but for the rest it was great. Provided there’s plenty of space to move around, the Helios does actually make a good general purpose lens.

In truth I hadn’t expected that I’d love the Helios as much as I do. I much prefer something nearer 35mm or 40mm for day to day use. Still… I found it to be entirely tolerable, and more than worth it for the final results. I think if nothing else, these pictures show that the 44-2 is more than just a one trick pony. It’s capable of much more than just swirling bokeh. The pictures of the TVR are so clean that I might even have believed they’d been taken on a digital camera rather than a crappy old East German brick.

Speaking of crappy bricks (I jest), I finished this roll off at the same time as the one in the Ensign Ful-Vue. Lucy was kind enough to pose for this shot. Again I like it. I don’t even mind that the Praktica ripped a chunk out of the film on the rewind.

So that’s that. I do now love the Helios 44-2. I’m a true convert. Luckily I had one kicking around already that I wouldn’t have paid a lot for all those years ago. If reading this has tempted you to try a 44-2 then I’d recommend getting one as soon as possible. No doubt the price will only keep getting higher as the digital team snap them up.

What’s next then? Well I’m currently running a roll of 120 through an Agfa Isolette folding camera – so I’ll finish that and let you know how I got on. I can’t think any further ahead than that. Whatever I say now won’t hold true once I dig through the toy box anyway!