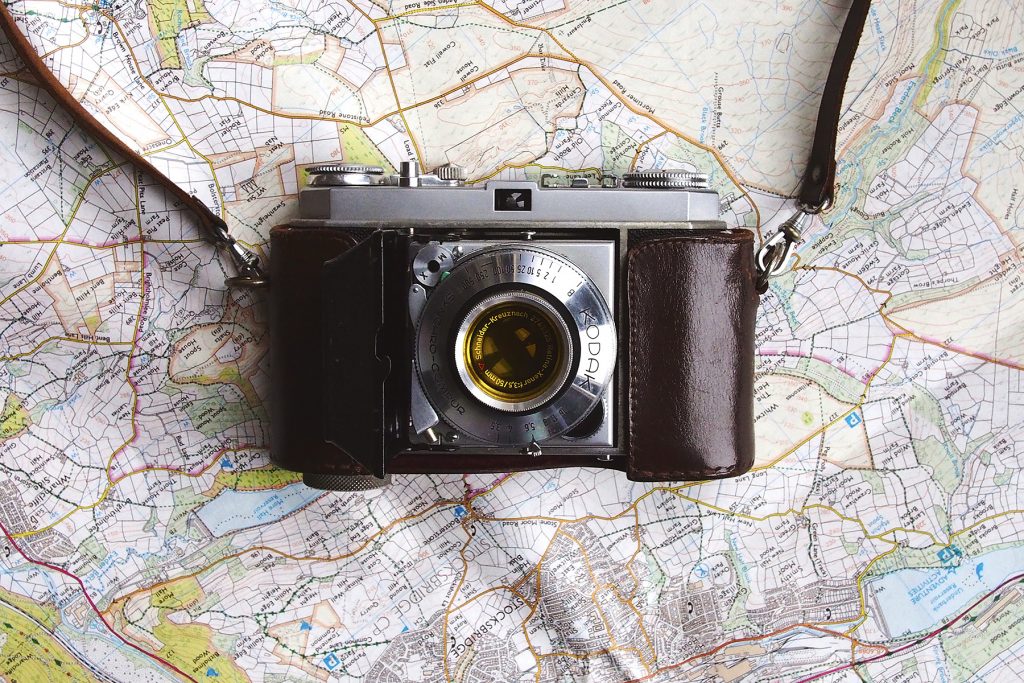 The devil makes work for idle hands they say, and being stuck indoors on a rainy day can surely lead to no good. More often than not, my idle hands end up perusing eBay (independently of my brain), with the almost inevitable consequence of buying another camera. I keep telling myself that I REALLY DO NOT NEED ANY MORE FILM CAMERAS RIGHT NOW, but it seems that I’m powerless to resist. It was on just such a day that I was suddenly possessed with an absolute and undeniable need to own a Kodak Retina 1A.

I’ve been aware of the Retina range for a while now. After all, there where about 7000 different types of them over the years and you can’t move on eBay without tripping over them. I’m no expert, or even particularly knowledgeable about Retinas, other than to say that they were Kodak’s top line at the time, they’re built really well and that people generally like them. Reading up about Retinas on the internet throws up all kinds of phrases along the lines of ‘smooth as silk’ and ‘buttery smooth’, which sounds delicious – I’ll take a slice thanks!

The Retina range is a bit confusing to the uninitiated. The progression of model numbers is not dictated by age, but by the specification the camera was built with. My 1A is a basic model, in that it doesn’t have a rangefinder or a light meter. It is truly all manual. Just the way I like it (sometimes). My particular 1A is a type 015 (I told you it gets confusing), which means it was built some time between 1951 and 1954. That’s around the same age as another recent acquisition of mine, the Zorki 1C.

Both the Kodak and the Zorki are absolutely beautiful pieces of machinery. They’re a similar size, weight, and age. Both come with gorgeous thick leather cases embossed with their company logo. Both cameras have a party piece in that their lenses retract in to the body of the camera when not in use, the Kodak using a clamshell/bellows arrangement, and the Zorki using a collapsable lens barrel. Whatever your flavour, they’re both what you might call ‘jewels’. They really do not make things like this any more.

Sitting here and writing this, I feel obliged to choose one of these cameras over the other – but I won’t because I like them both equally. I will however say that the Kodak absolutely delivers on it’s ‘buttery smooth’ hype, where as the Zorki requires a little more care (read: force) to get things moving. Both have ridiculously small viewfinders, made worse by the fact that I wear glasses. Yet, I’m willing to forgive this for the experience of using them. Experience is the right word too, as both of these cameras take time and patience to use. They encourage you to slow down and think about what you’re doing. The pleasure of using them is a reward in itself, but what are the images like?

Well… this was never intended to be a full comparison with the Zorki, so if you want to know more about the Zorki and the pictures I’ve taken with it – you’ll have to wait for that blog post to drop at some point. In the meantime let’s look at the pictures from the Retina, which I shall preface with an apology. I totally stuffed up the development of these negatives. I’m not sure if my fixer is in need of replacement, or if I forgot to add a wetting agent to the final rinse (probably both), but the negs are covered in watermarks. I have better things to do than photoshopping for the rest of time, so I’ll present them with just a few adjustments.

The first outing for the Retina was on a walk in and around the Wentworth estate, and over to Hoober Stand. It’s a lovely part of the world for a walk, but I was struck by the amount of large erections *cough* that the Wentworths felt it necessary to build all over the place. I can only assume that they had something to prove.

As you can no doubt tell, the weather on this walk was rather dull and grey. The pictures too are dull and grey, so at least they suit the occasion. These were the first pictures off the roll (Kentmere 400 at 800iso), and I have to admit that I was a bit disappointed. I know the camera is almost 70 years old, but I’d hoped for more. I’ve pushed the contrast in the picture of the Morris Minor below quite a lot, but it’s still too flat for my tastes. It’s not especially sharp either.

A few days later and the weather was still dull and grey for a quick walk around the town. I think it might have been a Sunday evening because it was empty, not withstanding Coronavirus. Either way, it afforded the opportunity to photograph some urban artwork. I think these came out a little better than the earlier efforts. There’s certainly more contrast in the pictures, and they’re sharper too.

A few days later still and the gang and I had another walk. This time we went over to Wortley and Thurgoland to enjoy the countryside out there. Again, it’s a beautiful part of the world. Rather devoid of thrusting monuments to the landowners’ baronial prowess, but then you can’t have everything can you?!

What Thurgoland and the surrounding area lacks in monuments, it makes up for with paranormal goings on. We crossed over the Stocksbridge bypass on this walk, which is the supposed haunt (see what I did there?) of a ghostly monk, several phantom hitchhikers, a group of children who perished in the plague, and no doubt plenty more besides. We also passed through Thurgoland tunnel, which is reputed to be haunted too. Some claim to have seen long dead workmen, heard disembodied voices and seen spectral lights. Whatever you believe, we saw nothing that day. Perhaps all the ghosts were having a day off. Either way we had a great time, and we weren’t looking for ghosts anyway.

It’s really easy to understand why people hear disembodied voices in Thurgoland tunnel. The acoustics are simply amazing. You can hear people speaking softly at the other end of the tunnel, and ghostly wails from any mischievous soul (living or dead) are magnified beyond recognition. It’s a great experience, and worth the effort of getting there if you’re in the area. The pictures from the tunnel came out pretty well too. Again, they’re not especially sharp but they do have a bit more life in them than the Wentworth ones. Sadly the Retina didn’t capture any spirits, but I won’t blame the camera for that!

My final outing on this first roll of film through the Retina was around the Gunthwaite area. It was a bit wet and wild, but I did grab this picture of Lucy which I like, and it was a nice shot to finish the roll with.

In the end then, it’s hard to surmise my experience with this camera. I really enjoyed using it, I think it’s beautiful, and some of the pictures turned out well enough for my amateur purposes. I just can’t get away from those flat pictures early on though, and that taints my feelings about the camera. Without a doubt I’ll run more film through it. It’s certainly worthy of further experimentation and I think the next lot will be better, assuming of course that I don’t mess up the developing again.

So what’s next? I’m not sure. I have a 35mm lens for my Canon A1 that I haven’t tried yet, and a couple of 1940’s box cameras that keep looking at me. I’ve also just dug out an old Helios 44-2, and I’m really really tempted to go bokeh hunting…