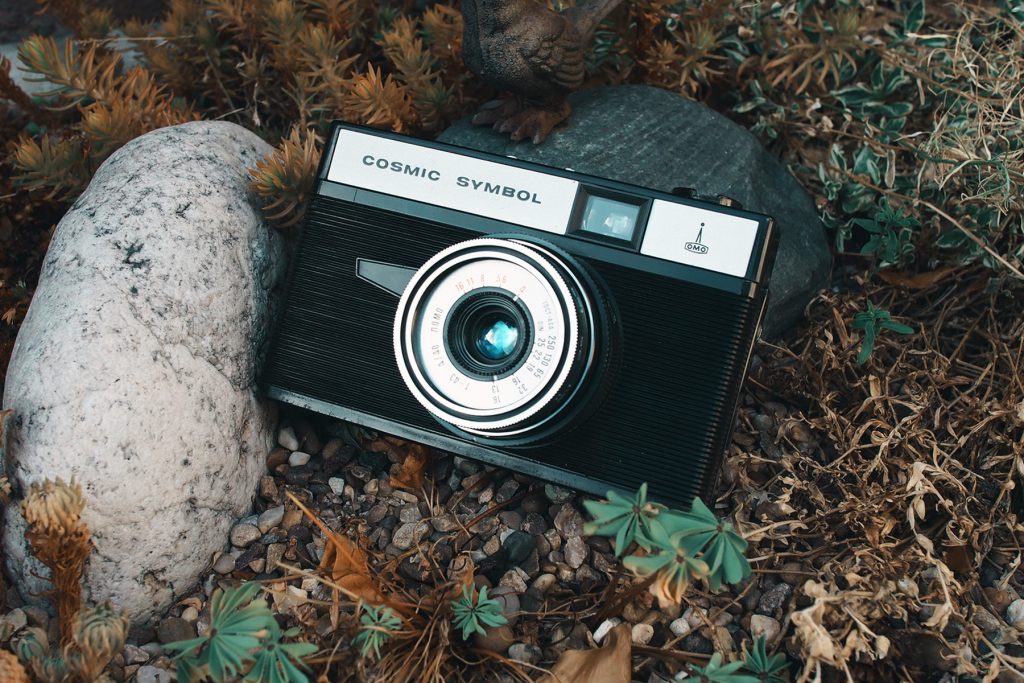 If you’re brave enough to watch the news at the minute, you’d be forgiven for sticking your head in the sand for the next six months and hoping for the best. Still, the world keeps turning. The sun is shining, the birds are still singing, and England is about as beautiful as it ever looks right now. This week in particular has been gorgeous. Happily, that coincides with a relaxation of lockdown rules and we’re now allowed to spend time outdoors with more people than before. All said, this is probably the best opportunity we’ve had in a long time to go for a proper walk, and a group of us decided to make the most of it. We crammed in a few walks in short order, and I took my Smena Symbol (A.K.A Lomo Cosmic Symbol) along for the ride.

This was my first roll of film through the Smena Symbol. I’d hatched a plan a while ago that the gang and I should each bag ourselves a camera from eBay for under £5 while the world was in lockdown. Once we were allowed out again we’d take our £5 cameras, head to somewhere interesting, and have a shootout. This was not that shootout, so technically I’m cheating by testing this camera out beforehand, but shhhhh….. Don’t tell anyone!

I actually thought myself pretty damned clever to bag the Smena for under a fiver. My example is in excellent condition and (like all of them), it has the wonderful T-43 lens that appears on earlier Smenas, including the legendary 8M. It kicks out sharp, contrasty, and colourful images way beyond what its price tag and appearance would suggest. Sure, it looks like a toy camera but I don’t mind that. It’s a simple piece of kit and doesn’t require any batteries – something which I’m beginning to appreciate more and more in a camera as time goes on.

Out in the world, the Smena has more or less everything you might need for this type of photography. I didn’t actually use the symbols which act as a guide to exposure and give this camera its name. Instead I set the shutter speed to match my film speed and calculated exposure using the ‘Sunny 16’ rule, which was for the most part really easy because it’s been blazing sunshine. For most shots that just left me to roughly guess at a focal distance and shoot. It couldn’t have been easier, and goes a long way to making those fancy ‘auto-everything’ compacts seem a bit redundant.

The little Smena did a decent job on the evening walks too. I think it’s rendered the light really nicely despite my rough and ready home developing. I particularly like the shot of the old mill building catching the last rays of light. There’s something about old and abandoned buildings that I find infinitely interesting. I’d love to get inside some of these places and explore further, or to be able to travel back through time and see them as they once were.

There have been some silver linings to the craziness the world is going through right now. Having the time to get out with friends is a big one, but being forced to stay close to home has meant that we’ve all discovered interesting new places right on our doorstep. Take the derelict farm in the picture above. This place is within walking distance of home, and it’s a fascinating place to happen upon. It’s not visible from any road, and it’s hidden in an isolated little spot that can only be approached on foot. The farm is marked on the map as ‘Heald Head Farm’, and the date carved in to the lintel above the door says 1727. This represents the entirety of my knowledge about the place, and that’s alright with me. A little mystery is never a bad thing, it leaves room for imagination.

So there we go, the Smena did a grand job in the end, and served to further deepen my love for old Soviet cameras. It felt so good to be back out exploring the world, and I’m looking forward to using the Smena again. For now though it’ll have to go back in to the collection and wait a while. I have a stack more eBay purchases to try out (thanks lockdown…). Next up will probably be either my early 50’s Kodak Retina 1a or Ensign Ful-Vue.

I’ll sign off this post with a quick message of thanks to these guys, who’ve all done their bit to make these trying times tolerable and (dare I say it) quite fun. Thanks gang. You’re the best.