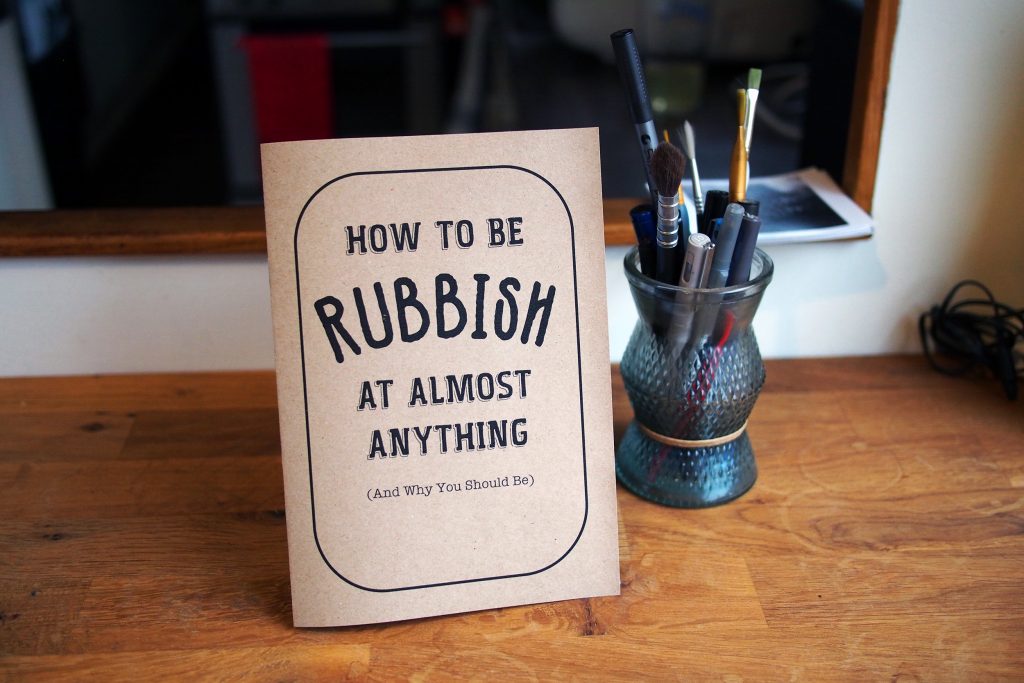 Following on from my last post, I’ve been beavering away creating more zines and posting out my first lot of orders. Amazingly, most of the printed zines are being sent over the the US – so that’s a turn up for the books.

I have a few more new film photography zines coming as soon as I’ve printed and folded them, but in the meantime I’m trying something a little different by turning out this A5 zine entitled ‘How to be Rubbish at Almost Anything’ – which I suppose could include film photography. This zine isn’t strictly about film photography, but does include some of my film photos along with some of my watercolour paintings and adventure photos. It even has baby photos of me in it! Hopefully you can forgive me 🙂

This zine came about after a conversation with some teens I was working with at the time. We were discussing their reluctance to try new things, and how that might be overcome. My point to them was that it might be hard to learn something new because you’ll feel like you’re rubbish at it, but that’s OK – It’s just a part of the process. This zine basically discusses that concept.

If you’d like to know more about this zine or check out the film photography mini zines, just head over to my Etsy store.

Anyways… I won’t blather on too much because this is a film photography blog. Rest assured that normal service will be resumed soon. Blog posts in the pipeline include the Smena 8M, Nikkormat FTN, Zenit B, Yashica C, and Lomo LC-a, so keep your eyes peeled for those.